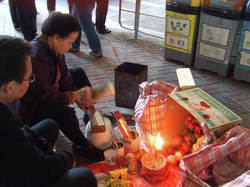 Cities in Asia are currently undergoing massive urban development. I have practiced as an architect and taught for a large part of my life there, and I continue to base my research in this region. Despite the unceasing growth of new cities and buildings, there is still the vestige of a pre-modern existence, a form of mythic belief system, rituals and local customs subsisting alongside and entangled with the urbanization process. One of the causes of emptiness in some urban sites is the result of an underlay of belief systems, which defies the purely calculative and instrumental modes of action in a free market economy. Together with the co-existence of contingency and order, efficacy and the display of public generosity, as well as tolerance by the urban dwellers, spaces in the Asian cities selected for my research are continuously re-configured through local negotiations, spatial contestations and adjustments. 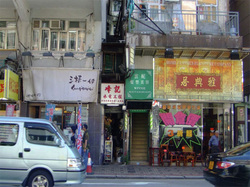 Asian cities are ranked among the highest in density in the world. It is therefore paradoxical that a research titled ZERO be situated in cities that can ill afford to leave spaces unused, except for Beppu in Japan, which is facing urban vacancies.  However, it is precisely where the pressure for occupation is most intense that we may uncover creative, local tactics of dealing with emptiness that are revealing and inspiring. Being subjected to the thrown togetherness of a densely populated environment, residents in Asian cities have to accept, share, negotiate and accommodate differences in their everyday life. 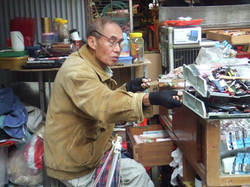 Small, street level trades and services drive cities in Asia. Whether in Hong Kong or Bangkok, one finds food stalls intermingled with other street peddlers selling a variety of house wares, toys and clothes along a sidewalk or next to a road. Similarly, with the scarcity of space, narrow backlanes of buildings house a diversity of businesses and services. This surplus, the overflowing of street life gives Asian cities a dynamic and lively “publicness” that cities in the developed world have lost with over-regulation, fear of legal backlashes and privatization. 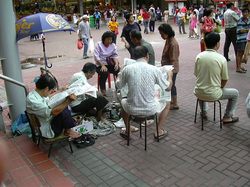 I am drawn to how individuals and communities in Asia respond and adapt to the absence of resources with inventiveness, creativity and intelligence. Often possessing very little and at times even nothing, save the use of local intelligence and extensive social networks, they have managed to create and sustain an informal ecology of work, living and recreation by using and adapting limited resources creatively.

Making-do should not be seen as inferior when compared  to what a professional designer does. Despite the negative perception that making do has for architects and designers, it is a highly creative and ingenious act of designing that combines both making, which is a creative act, and doing, which emphasizes action. The dual act of making and doing implies a continuous, sociable process of negotiation, adaptation and adjustment with materials, objects, people and spaces. As a result, work-life in many of the examples is not separated from daily life of socializing, where friends or family members intermingle with the goods for sale.

The tactics of making do are simple, socially grounded and eschew any dependence on expert advice. Sociologist Anthony Giddens has raised the over-reliance on and encroachment of expertise on almost all aspects of our everyday life as a mark of post-traditional society.(1) Similarly, the late Ivan Illich made forceful resistances to the restrictive, controlling and dominant features of the institutionalization and professionalization of knowledge in Western societies, of which the rise of specialists with expert knowledge is one such outcome.(2) In an age where buildings become obsolete as soon as they reached the schematic design stage, and where architecture students are taught only one mode of survival as a professional, it is no longer sufficient for an architect to offer only expert solutions to building. It is also vital to listen, observe, guide and shape with a lively intelligence and empathy to local voices towards an expanded, meaningful action beyond building.

Regrettably, as many cities in Asia are slowly reaching or have reached standards of living comparable to the West, the unsustainable way of life that has caused much of the environment degradation and other social ills has become a lifestyle much sought after. Hopefully, the research on ZERO can also raise awareness within the Asian architecture and design communities the need to recognize and draw upon their intrinsic social and cultural practices that have made their cities exhilarating, congenial and convivial. 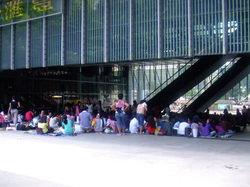 There is a high degree of civic tolerance intertwined with the forces of globalization taking place everyday in Asian cities. A striking phenomenon is the Filipino domestic workers claim of empty spaces in Hong Kong Island on weekends to socialize. This does not happen out of purely altruistic reason on the part of private developers. However, through legislation and the strong support of grassroots communities, the press and local residents, pressures are kept to enable the continuing use of empty spaces in the city by the Filipino community. The continuing negotiation, compromise and tolerance among the public and stakeholders are encouraging. Even in a tightly controlled and managed city-state such as Singapore, the proliferation of many informal uses of public spaces is surprising and intriguing.