zero
What can we learn from the multitude of ways in which ZERO is interpreted in this project? ZERO as emptied of purpose, people, presence, light, a process of de-signing, and the tactics deployed by urban dwellers to creatively overturn a perceived negativity into new opportunities.

Below is a distillation of 10 attitudes for a post economic bubble age based on the my research. Instead of lessons, I like to propose attitudes since they have to do with behaviors and future actions.  Across a sliding scale from re-appropriating objects emptied of their original uses to the adaptive reuse of empty spaces for social, commercial and recreational activities, the examples eschew our assumption of what constitutes waste or empty, and the demarcation of spaces as public or private. This has given rise to a more fluid, open and tacit forms of negotiation and adjustment across different states of usefulness, between those with the power to regulate, and the others who can only appropriate empty spaces and objects in the city opportunistically. The 10 attitudes also re-introduced the concept of the Commons, which Raj Patel has forcefully argued as an alternative to a private property ownership that turns land into commodity,

“A common is a resource, most often land, and refers both to the territory and to the ways people allocate the goods that come from the land…By turning public land into private property, not only did land become a commodity, but the rural poor were cut off from their only means of survival, and forced to sell the only thing they have left- their labor. From the enclosure of the commons were born two new kinds of payment- rent and wages” (1)

The spontaneous and contingent manner of the informal occupations of empty spaces echo the speed and unpredictability in which events and enterprises are created, sustained and erased in our contemporary world. The longevity of buildings can no longer guaranteed in the Great Recession and beyond, since ready capital for their maintenance can disappear as quickly as they appear. The 10 attitudes enable one to respond nimbly to situations on the ground, and to react swiftly to changes in social and economic boundaries. Such ephemeral, tactical acts take advantage of the temporal intervals to reclaim spaces momentarily for alternate uses and create new unintended potentials. The attitudes are not strict, limiting categories as many of the examples share more than one attitude within a specific location. Moreover, in high dense Asian cities, the large population of people and constant human traffic afford a degree of invisibility to urban dwellers and support activities that may otherwise be curtailed in a less dense environment.

It would be a mistake, however, to view the examples below along the lines of what Richard Sennett called "slum romantic" in his book, The Uses of Disorder. Personal Identity and City Life. (2) I share Sennett's concern, that to recover the potentiality for diverse and manifold experiences in contemporary cities,

"What needs to be happen is a change in the peculiar institutions of affluent city life, in order to create new forms of complexity and new forms of diverse experience" (3).

The examples present a different form of life in cities, where their continuing existences depend on a myriad set of conditions that are socially, materially and spatially contingent; a form of complexity that the urban dwellers need to acknowledge and reconcile but are absent for someone living in an affluent society. Even for the re-appropriation of empty bottles as light fixtures as shown in one of the examples, the process entails dialogues, negotiations and an acceptance from the community. In a fascinating way, the research also reveals that one can actually survive and fulfill most of one’s needs in these empty sites without designing a new building. Perhaps it is an extreme case of urban survival. However, the examples still offer a chance for architects to re-evaluate the role of architecture and how they can re-configure the relationship of buildings, people and spaces in a post economic bubble age.

1. Patel, Raj. (2010). The Value of Nothing: How to Reshape Market Society and Redefine Democracy. New York: Picador.

Micro is not only beautiful but vital for survival in an age of speed, uncertainty and dwindling resources. As far back as 1973, economist E.F. Schumacher (4) espoused the virtues of smallness in response to the oil crisis. At the local level, thinking and acting small offers greater agility and responsiveness to change. Being micro enables one to occupy the tiniest of empty spaces in the city to start a business.

To be tactical is to not possess ground but to act swiftly, in a nimble and sparingly manner to reclaim empty spaces for alternative uses or to exploit an untapped resource.

To deploy is to engage in an informed act of responsive distribution and arrangement to attain a specific outcome. Deployment accepts the ephemeral character of contemporary life and the letting go of our cherished idea of a lasting and permanence presence.

Making do is a highly ingenious, simple act that combines making, which is creative and doing, which emphasizes action. By making something from almost nothing, making do is a sociable process of adaptation to and improvisation with materials, objects and spaces.

Create and sustain interdependent social and economic ecologies of mutual benefits. The days when a building exits as a self-contained, aesthetic object independent of its context is no longer environmentally or socially sustainable in a age of limited resources and economic stagnation. 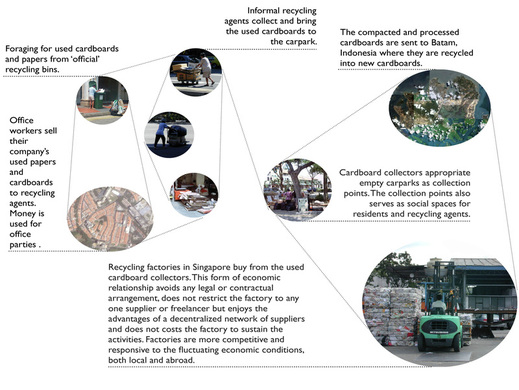 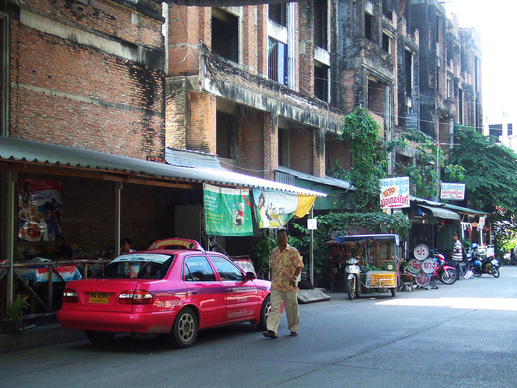 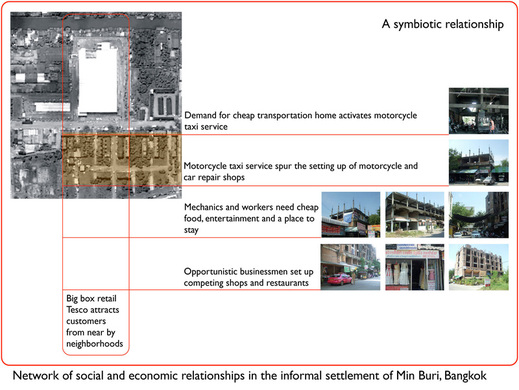 Contingency recognizes the unpredictability of events and its dependency on external conditions. Negotiation and adjustment are necessary for continuous existence. 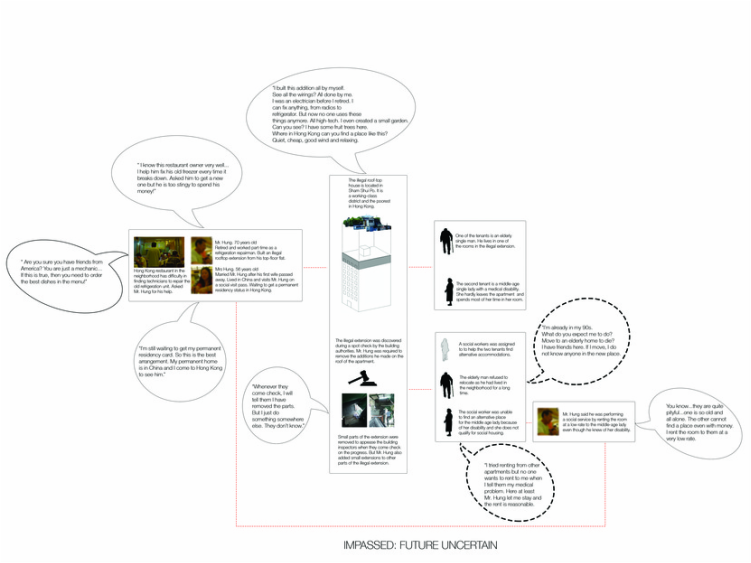 To share is an offering and implies an equitable enjoyment of something either collectively or by turns. Sharing is against our animal survivor instinct, which serves to protect and preserve one’s interest and existence. However, in an age of depleting resources and environment degradation, sharing offers us hope for a more caring and fairer relationship between us and the landscape we inhabit. Sharing also acknowledges that public spaces are resources to be shared and enjoyed.

To borrow is to take possession momentarily with the promise of return at a future date, which can be a few hours, months or even years. The act is based on either an explicit or tacit agreement between the lender and the borrower. Sometimes, the borrower has to undertake additional tasks in order to continue the act of borrowing. This is especially important if the time frame is an extended one. In Japanese landscape design, the strategy of borrowing a view to visually extend the limited space of the garden gathers and configures the surrounding context into a unified composition and experience.

The use of  a building will be challenged by continuous re-programming at an ever greater pace than before as the fortunes of the owner or developer rise and fall with the economy. Moreover, if one were to conceive of the city within a 24hr cycle, then the potential to multiply the use of a space becomes a real possibility, which urban dwellers in the examples below bare testament to. Whether they borrow, adapt or share an existing space for their own use, it is inevitably re-programmed, and at times transformed beyond what the architect or owner had originally intended. Faced with this situation, city officials and building owners can either enforce rules to prevent such informal uses from taking place or look at this as an opportunity to respond swiftly to changing business conditions, and to support a more inclusive use of spaces.

Unbuilding is the gradual erasure from something to nothing; the necessary ‘other’ of building and a creative act within the cycle of creation and destruction. With cities declining and buildings becoming obsolete sooner than before, the process of unbuilding, which opens up new spaces for different opportunities and engender the emergence of an alternative practice will necessarily become part of what an architect does. If demolition and destruction are akin to fast food, then unbuilding is slow food; a careful and delicate process of disassembling, cataloging, re-purposing and erasing of the existing building. Furthermore, the process of unbuilding as in deliberately making something absent though time also overturns our accepted role of the architect as a creator though design and accumulation. Perhaps architects can look at de-sign as an extension of their service to society since ultimately, unbuilding and building co-exist as two sides of the same coin.